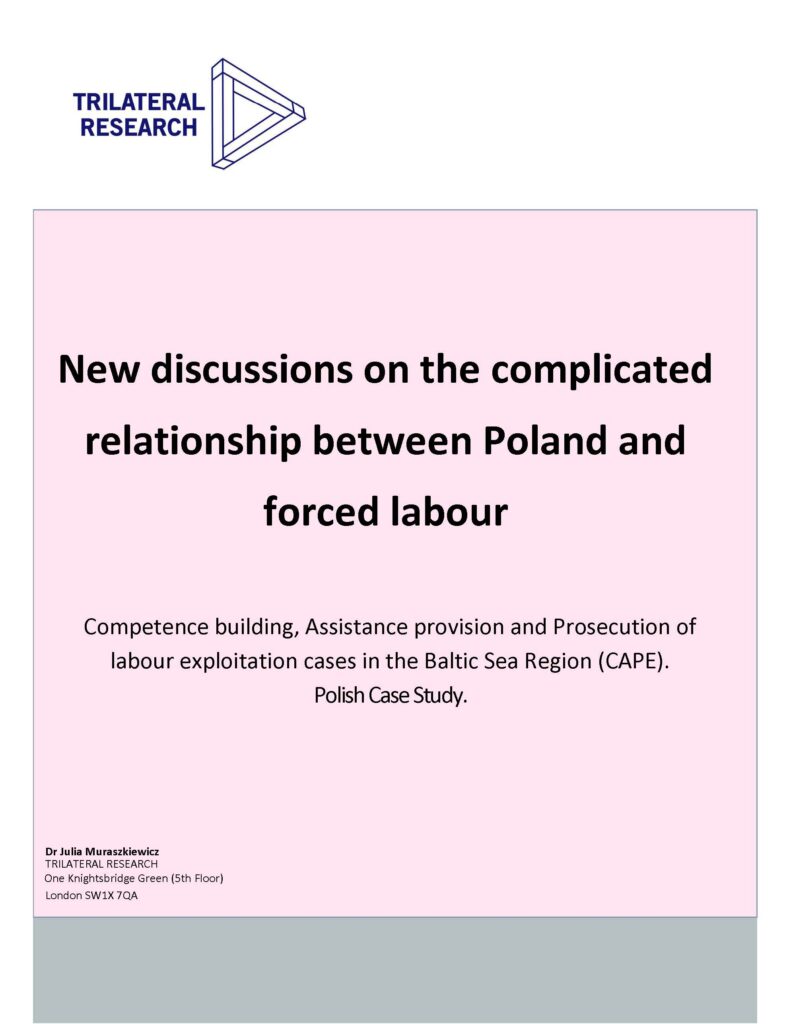 Forced labour and human trafficking for the purposes of labour exploitation are the subjects of extensive international attention and worry. Both these phenomena are very much a problem in Poland and for Poles abroad, and while hard data on trends over time is lacking, what we do know is that Poland is a country of origin, destination and transfer.

The report “New discussions on the complicated relationship between Poland and forced labour” is developed under the umbrella of a project conducted by the Council of the Baltic Sea States (CBSS), namely the “Competence building, Assistance provision and Prosecution of labour exploitation cases in the Baltic Sea Region (CAPE)”, funded by the Swedish Gender Equality Agency.